This site is operated by a business or businesses owned by Informa PLC and all copyright resides with them. Informa PLC’s registered office is 5 Howick Place, London SW1P 1WG. Registered in England and Wales. Number 8860726
Informa
Home / News & Media / Industry News / Professo Keith Stevenson: Removing plastics means going back to the stone age

Environmentalists say that plastic is one of the main pollutants on our planet and needs to be eliminated. However, scientists continue to develop new plastics and production methods.

What problems are scientists solving? When will the world give up plastic? Is it possible to recycle the entire amount of plastic waste? What is the main problem with microplastic sources? Professor Keith Stevenson of Skoltech answers these questions in the Sputnik interview.

Sputnik: What is the production of plastics in the world, why is plastic dangerous, how long does plastic take to decompose? Can plastic be considered eternal?

– People live in the plastic world. Plastic is becoming a main component of everyday life. When you order online or go to the store, the items that you buy have protective packaging, and in most cases it is plastic packaging.

About 160 million tons of Ethylene are produced annually, this market revenue is 160 billion USD / year. Plastics made from ethylene are a large-scale industry in the world. And most of this plastic is called polyethylene. When you buy a bottle containing liquid, you can see the signs at the bottom. Bottles are usually made from HDPE – high-density polyethylene. But, polyethylene can also have a low density or medium density. This mainly determines the degree of coincidence, which is called the density of plastic. The density of the plastic determines its rate of decomposition after use, but, in any case, here talks about several thousand years. Non-biodegradable plastic products.

Even when it comes to other forms of plastic, you still end up with plastic that is difficult to decompose. For example, you can use ethylene to produce poli (vinyl chloride) – PVC, which is the basis for your home plumbing. It is a resin with better resistance to chemical corrosion. 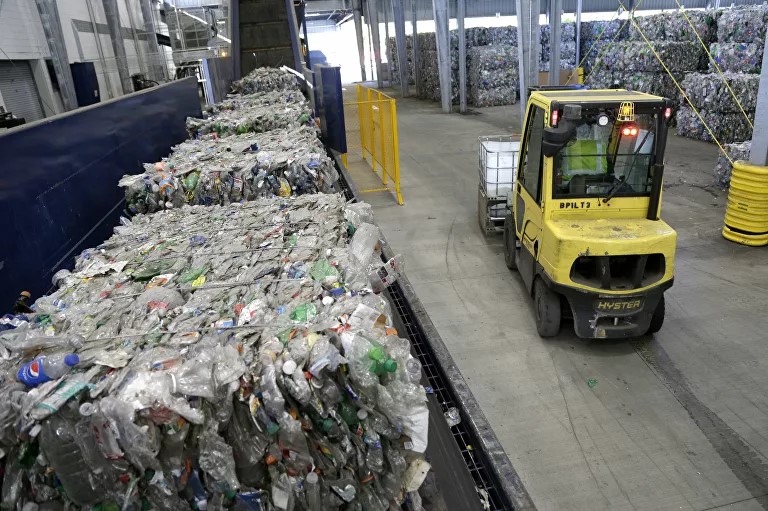 Bottles at a plastic recycling plant in the US

But, here there is another problem. When you bring halogens (chlorine, fluorine, bromine and iodine, etc.) that may be present in plastic waste into the environment, they not only last longer, but also turn into toxic chemical compounds.

Sputnik: Why are scientists studying turning CO2 emissions into plastics?

– Humanity is trying to eliminate greenhouse gas emission, which are related to climate change. Greenhouse gases are also released during the production of plastics. Such a link with climate change may seem unclear, but, in fact, it is greenhouse gas emissions that are causing humans to change their way of life. Greenhouse gas emissions impact the climate, leading to massive melting of glaciers, rising sea levels and other catastrophic consequences. Therefore, another area of research by scientists is looking for ways to recover CO2 from the atmosphere or turn CO2 emissions into plastics. Scientists discussed this issue in the 1970s, then in the 1980s when oil use peaked. They began to think about how to reduce CO2 emissions during plastic production. Some scientists have proposed the production of carbon monoxide (CO) from CO2, which does not adversely affect the atmosphere during the production of plastics. But this technology is still expensive if you convert CO2 into carbon monoxide using electricity.

All other methods require ethylene coincidence at high pressures and high temperatures, so the main problem is to take CO2, decompose it and take ethylene. Scientists in different countries are studying new, more environmentally friendly methods for producing ethylene from different raw materials, mainly natural gas. If the studies bring results, the level of pollution will decrease significantly. Ethylene production facilities emit more than 200 million tons of CO2 into the atmosphere annually.

Scientists began to scrutinize the following method. Scientists have found that special catalysts found in high-pH electrolytes can selectively synthesize compounds such as ethanol and ethylene. The development of this method has led to the conclusion that 87% of CO2 emissions can be converted into ethanol and ethylene. 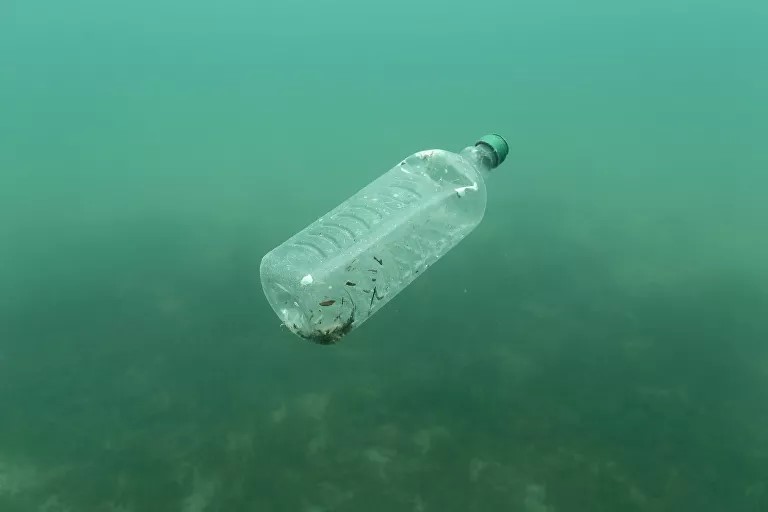 Plastic bottles in the Adriatic Sea

Unfortunately, even such successful developments cannot be transferred to commercial use – this method is not profitable. In addition, in order to use this method on a large scale, it is necessary to change the plastic production infrastructure. To apply new technology it is necessary not only to install an additional recirculating device, but also to make changes to the material supply system.

Sputnik: Perhaps humanity should refuse to use plastic products?

– I think that humanity will never refuse to use plastic products. Plastic has many advantages, so its removal means going back to the Stone Age.

I don’t think many people are willing to sacrifice themselves for the sake of life in nature, like our ancestors. If talking about an industrial society, then so far, alternatives to plastic are all more expensive than plastics. In addition, when we talk about replacing plastic with wood or biological materials, we will still emit more CO2 into the atmosphere. In addition, we need fertilizer for the crops to grow faster, but the production of fertilizers also consumes a lot of energy and is also a source of polution.

Sputnik: What can you say about microplastics? Microplastics like the little brother of plastic have spread all over the globe.

The problem with microplastics is that the particle size is very small. The mass production of microplastic products has led to the fact that these particles can be found in the air, food, drinking water. Even in the Arctic, even in the ice sheet, microplastics have been found. Let me add that most microplastics are almost non-degraded and can last more than a thousand years.

Due to the very small sized pieces of plastic, they can penetrate into the living body, for example, into people, animals, fish. The question is: to what extent can microplastics be considered life-threatening? In addition, there have been observations that microplastics enter the offal of birds or animals, which have a negative effect on them.

Sputnik: Perhaps at least microplastics can be banned?

– I think people will try to solve the problem of microplastic collection, but, there is the problem of separating microplastics from other wastes. How do you separate microplastics from other particles of the same size? How to solve this problem? You can not use a simple filter to catch microplastic particles. This process requires more energy, more effort and much higher costs than the production of microplastic products. Another problem is recycling. We can only recycle 20% of the plastic, because recycling the remaining 80% of plastic costs many times more than the plastic itself. Thus, we are trying to get out of that vicious circle. 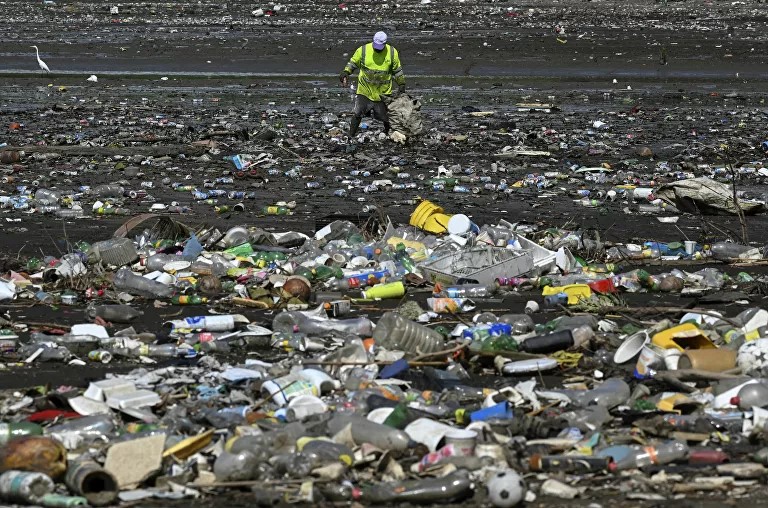 Sputnik: Can plastic be “infinitely recycled”?

This can be an effective solution. But, each mass-produced plastic must meet the requirements. On the one hand, we ask for it to decompose faster, on the other hand, we want to make it stronger. What properties do we want plastic with?

In my view, it is necessary to apply more recyclable plastics.